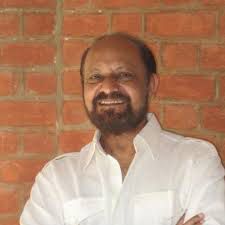 Vice Chancellor of LJ University Prof. Awasthi is an esteemed veteran in the field of Academics with a valuable contribution in the field of Education and Research for almost 50 years now. He has a doctorate in Economics from Sardar Patel Institute of Economics & Social Research. He is a former Professor & Director, Entrepreneur Development Institute of India: Ahmedabad (2003-2015) and former Professor at IIM Lucknow. He is also a chairperson and member of Governing Boards of a number of National and International Development Organisations and Social Enterprises. He has been a member of different committees set up by Government of India, Government of Gujarat, Incubators and NGOs. He also has a varied experience of working with multilateral/ donor agencies like ILO, UNIDO, UNDP, The British Council, The World Bank etc. He is an indefatigable academician, with excellence, commitment and passion for the growth of Development sector. He was instrumental in launching the first ever Post-Graduate Diploma in management of NGOs at EDI, in 1998. 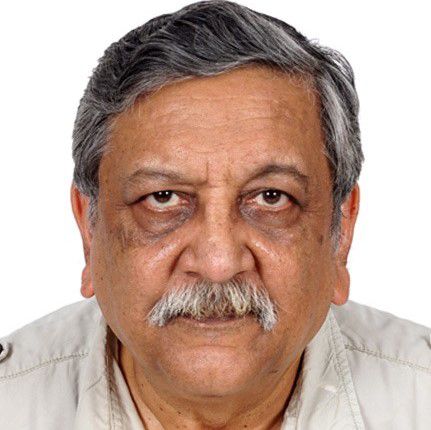 Gagan Sethi is a well-known thought leader in development sector. A Master’s Degree holder in Social Work from M.S. University, Baroda. He has spent almost 40 years leading various development initiatives such as organizational development, capacity building and advocacy at local, national and international levels in diverse cultural settings in Asia. He is a recognized leader in policy formulation, in facilitating development projects and advocating for Dalit, women & minority rights. Gagan is the founder of ten development organizations working in the areas of human and institutional development, access to legal justice, women’s empowerment, conflict management, minority and Dalit rights, youth employment and education. He is the author of four books on legal aid, gender, NGO governance and communal violence in Gujarat. 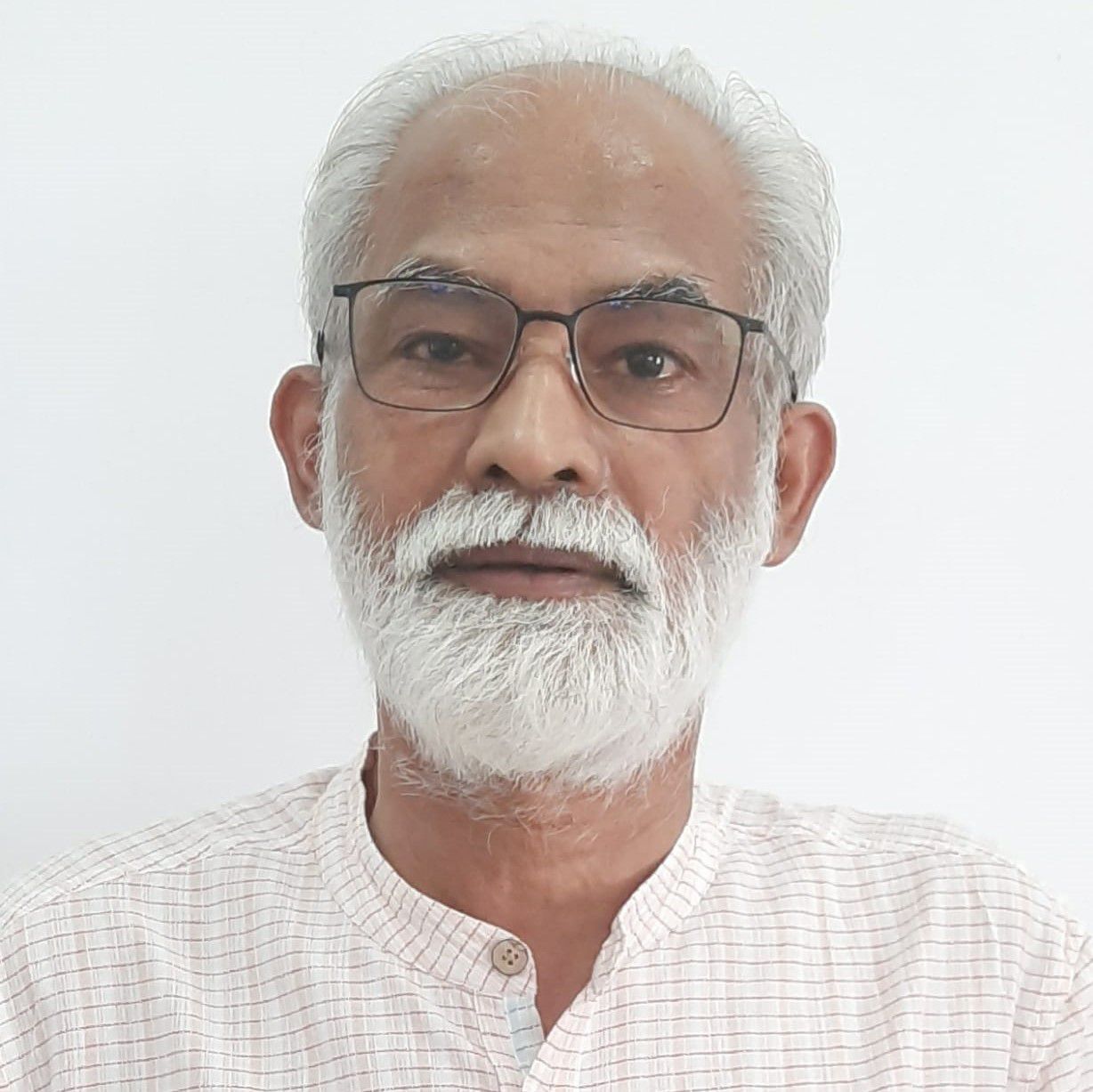 Binoy Acharya is the Founder Director of UNNATI – Organisation for Development Education. He holds an M. Phil degree in Social Sciences from the Jawaharlal Nehru University, Delhi (1981). He is currently based in Ahmedabad, Gujarat and work primarily in Rajasthan and Gujarat. As a social development practitioner and researcher, he has been working in the areas of social inclusion, democratic local governance and social accountability. Over the past thirty years, he has been associated with movements, networks and government forums relating to Dalit rights, gender issues and decentralized governance. He played consultative role to a wide range of institutions locally and internationally, like Dalit Adhikar Abhiyaan in Rajasthan, Kutch Nav Nirman Abhiyan and Gender Resource Centre in Gujarat, National Platform for Decentralized Governance, Governance and Democracy program of the Commonwealth Foundation, and Voluntary Action Network India to mention a few. 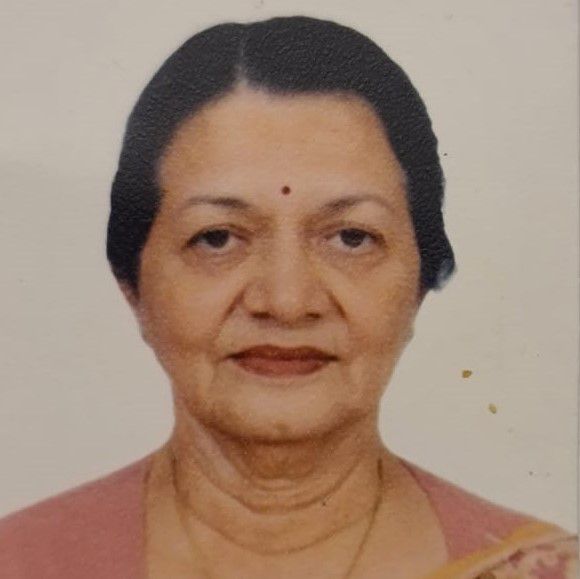 Daksha Shah is currently serving as M.D. in ‘Altura Financial Services Ltd.’, a microfinance company registered at Delhi. She is an expert in mobilization of resources, financial planning and development of growing company, also giving inputs in the operation of the company since she has more than 40 years of experience in the field of microfinance sector and development sector. Further she is also serving as an Independent Director in the Board of nine other Companies. She is also associated as a Trustee in various Public Trusts and Private Trusts. Her educational qualifications are B.A. with Maths and Statistics (Guj. University), MBA-IIMA in 1967 with Finance and Marketing. Her work has been recognized for bringing awareness of financial planning specially with women, urban and rural, so that they become self-reliant which can bring change in their status at home, in society and even at the national level. Besides she also has worked for bringing economic empowerment to contribute in projects generating substantial employment opportunities for youth. 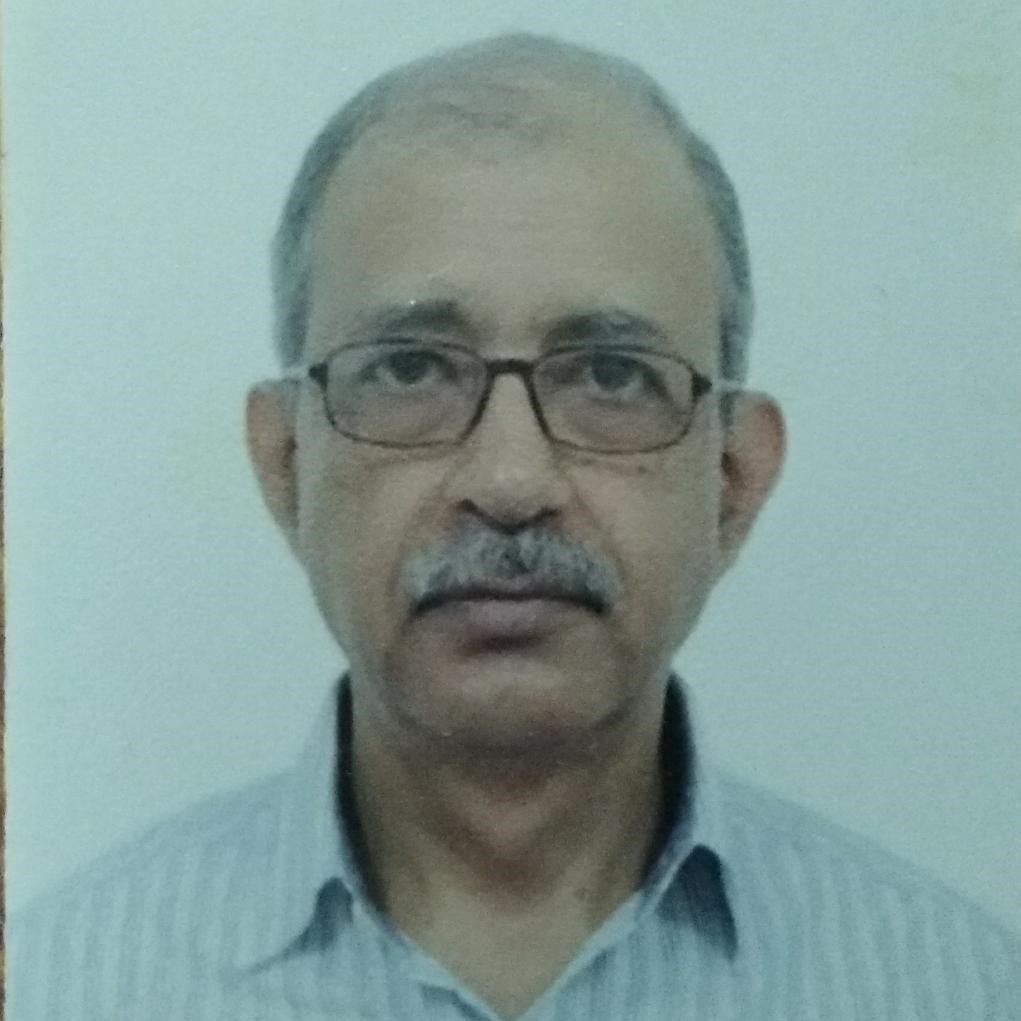 Astad Pastakia is an Independent Program Development Professional associated with IIM Ahmedabad. He has a Fellow (Ph.D.) in Management (Public Systems) from Indian Institute of Management, Ahmedabad (IIMA) 1996; Post Graduate Diploma in Agriculture from IIMA. He has a vast experience of over 35 years in developmental academics and consultancy for the field of inclusive, sustainable development with a focus on livelihoods of the poor. He has contributed almost a decade at grassroots level, incubating and promoting agriculture and tree-grower cooperatives of scheduled caste communities in a coastal saline backward region of Gujarat, working through a non-government organization called the Behavioural Science Centre (BSC). The 14 cooperatives and its federation in the “Bhal” region of Cambay taluka survived even two and a half decades after the promoting agency withdrew hand-holding support with his enumerable efforts and commitment. 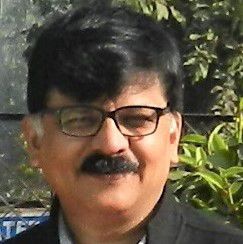 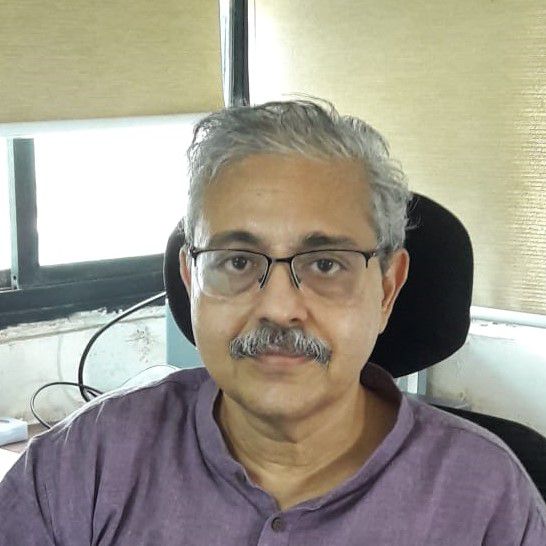 Apoorva Oza is currently a CEO of the Aga Khan Rural Support Programme (India) {AKRSPI (I)} since 2001. His is a Post-Graduate Diploma in Rural Management (PGDRM), Institute of Rural Management, Anand (IRMA) and a B.E. (Mechanical) from the L.D. College of Engineering, Gujarat University. He has also pursued courses like “Change Management in NGO’s” at Cranfield University, UK. He has Co-founded two support/network organizations which have grown substantially. The Coastal Salinity Prevention Cell (CSPC) which works with 16 local NGO’S and partners with government, corporates and research organizations to address salinity on the Gujarat coast. He also has served have served on several committees appointed by the Government such as A member in Committee to revise Guidelines for Watershed Development Programme, Government of India (2012); A member, Sub-Committee in National Rural Livelihood Mission (NRLM) (2011) and many more. We can say he has more than 36 years of Experience in Institute Building, Civil society promotion, Policy Influence, Reflection and Documentation etc. 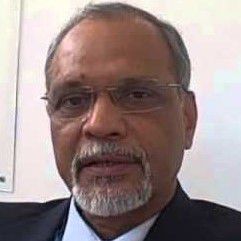 Lourdes Baptista, is a Dynamic leader for change management. Three decades of Development Sector experience commencing from Bangladesh Refugee Relief Services, through Drought and Earthquake relief, rural development and management of national and international organisations. Excellent skills in developing capacities for building perspectives, programme design and management, resource mobilization, capacity building, motivation and team building. Result oriented through processes of change and increasing impact in relation to objectives. His career accomplishments are monumental. He has been instrumental in setting up a number of organisations like Jal Seva Charitable Foundation, WaterAid in India (Delhi), Don Bosco Development Society, Mumbai, DBTech India (Delhi), Assistance Development Office of the Jesuit Conference of South Asia. Currently he is a member of the Advisory Body of CARITAS India. Also, a member of the CORE team established to develop the Strategic Plan for the Salesian Provincial Council of South Asia. He has directed over 200 organizations into Strategic Planning and OD processes, developed perspectives, plans, programmes towards effective achievement of objectives. Also, successfully launched the Post Graduate Diploma in Management of NGOs and created a cadre of social entrepreneurs for the development sector. He has contributed significantly to financial management of not-for-profit organisations resulting in effective management of finances for programmes, investment and financial sustainability. 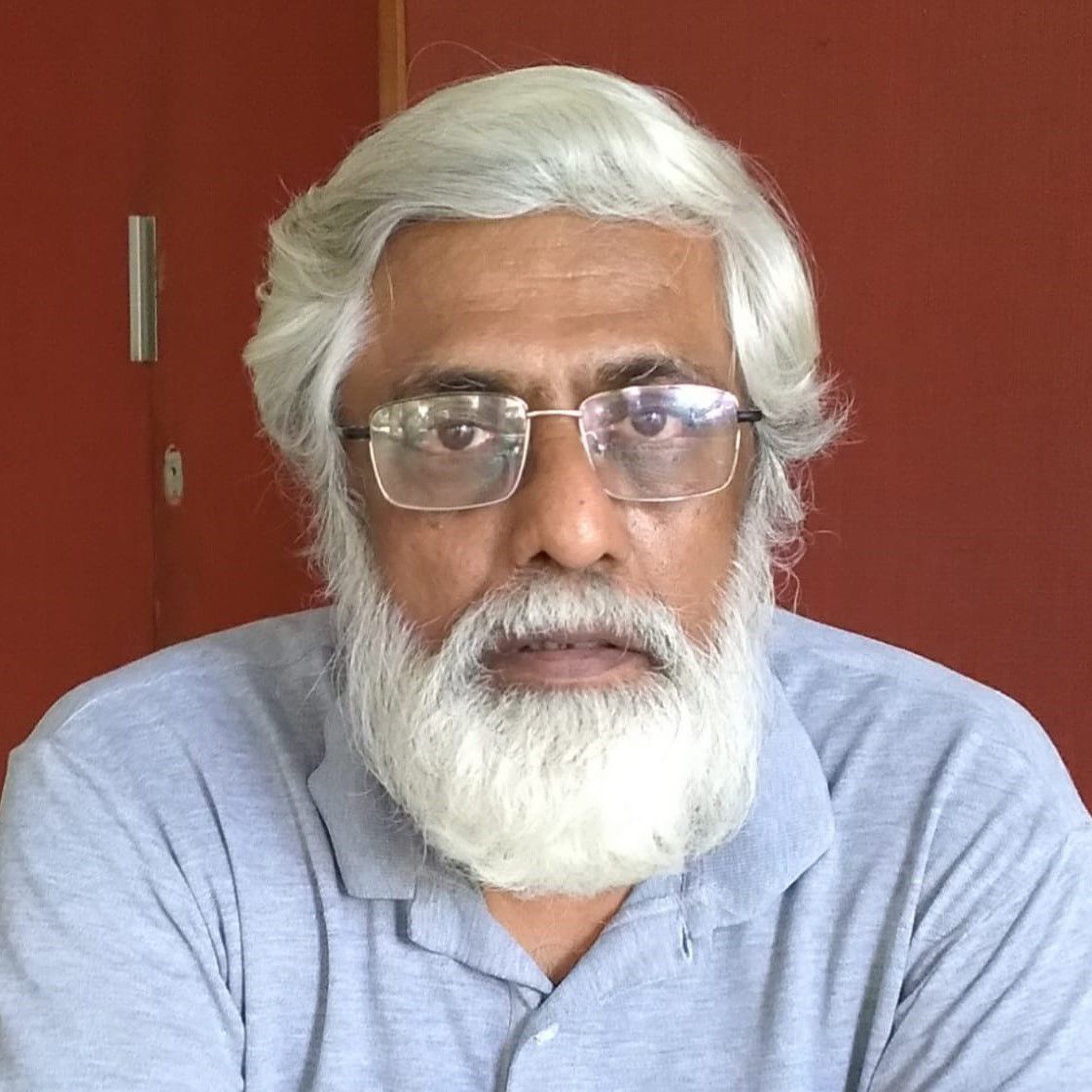 Mr. Rajesh Shah has 35 years of experience in rural & urban development covering various areas such as Livelihood and Enterprise development, wasteland and natural resources development, and low-income housing and slum rehabilitation. Currently, he is the founder and Managing Director of SAVE (Saline Area Vitalisation Enterprise) Ltd. a technical service organisation, providing livelihood & enterprise development services to primary producers in coastal regions of Gujarat. His is an Architecture from School of Architecture, Centre for Environment Planning & Technology, Ahmedabad, India, 1976. 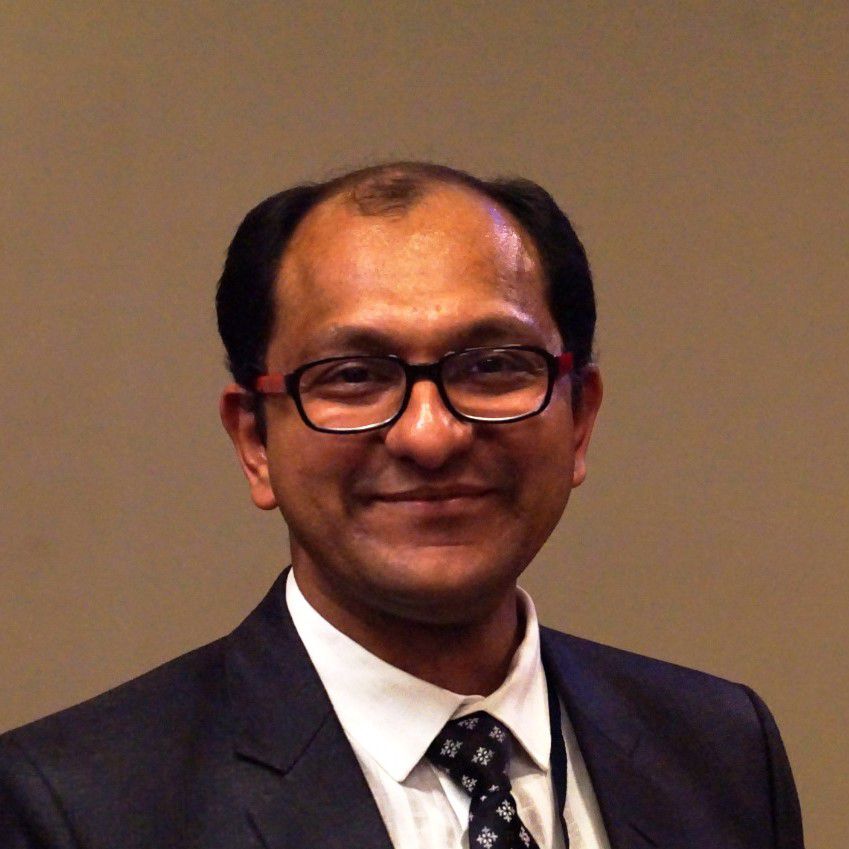 Shalabh Mittal is a founding Chief Executive Officer of School for Social Entrepreneurs India. His varied profile includes work in Social Entrepreneurship, Education, Innovation & Incubation, Mentoring, Skill Development & Livelihoods, Sustainable Development, Blogger, Start-ups, Human excellence, Life Coach etc. He is an Alumnus - Sri Sathya Sai Institute of Higher Learning, Indian Law Institute and Entrepreneurship Development Institute of India. He has over two decades of multi-sectoral experience in health, livelihoods, water, sanitation and social entrepreneurship. He has led the first state-based water & sanitation network in Gujarat between 2003-2005 advocating for community-based water supply systems. He served as the South Asia Regional Coordinator of the Gender & Water Alliance (GWA) based in Netherlands.  He has facilitated social start-up among women affected by HIV/AIDS. Since 2007, he has been engaged with promotion of social entrepreneurship. He has been part of several studies & projects for various international development organizations, such as World Bank & FAO at the UN (UNDP, Unicef, Aga Khan Foundation, Volkart Foundation, Veolia Foundation, The Edmond de Rothschild Foundation, Peacetech Lab, European Union, Hivos). 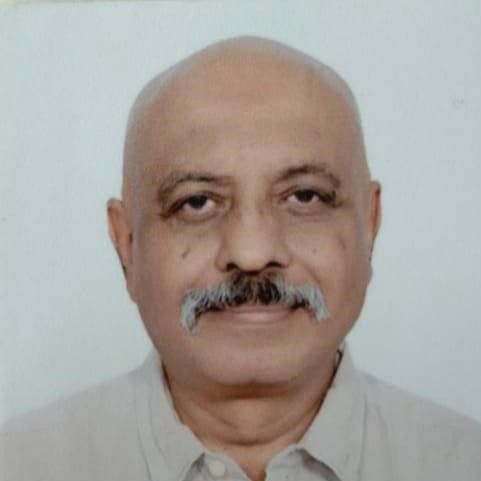 He is also the Founder Trustee of Saath Charitable Trust and closely associated with Saath Livelihood Services which is involved in vocational training and employment in the BOP (Bottom of Pyramid) segment. He holds the Directorship of DBS Communities and Yuva India, Mumbai. He has been awarded the title Social Entrepreneur of the Year 2009 by the Schwab Foundation, UNDP and CII and was listed amongst '50 Social Entrepreneurs' by Business Outlook magazine in its September 2009 issue. He was awarded the Karmaveer Puraskaar by ICONGO in the category 'Real Wealth Creators for the Communities' in November 2008. He found place of pride amongst '50 Pioneers of Change' by India Today magazine in July, 2008. He was also inducted as an Ashoka Fellow in September 2008.